In part 1 I gave a brief overview of the requirements and design, now I’ll go through Veeam configuration.

The first step to be tackled was to add the Production cluster (PRD-CLUSTER), DR host (DR-HOST) and both proxies (PRD-VPXY1 & DR-VPXY1) to the Backup Infrastructure within Veeam. While the DR host is only a single VMware vSphere 5.0 host, it is managed by a vCenter server, DR-VC1, this also had to be added to.

This is another point made in the Veeam best practises

The network team had to get involved at this stage to allow VLAN A and VLAN B (Management VLAN) to communicate with one another, as they were on separate subnets. The same applied to VLAN C and VLAN D, replication VLANs, different subnets.

Taking each point in turn :- (From the diagram) 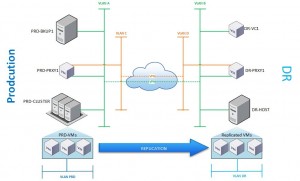 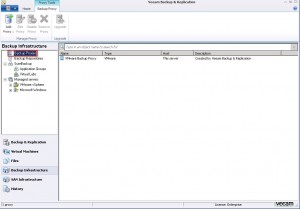 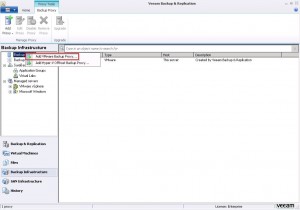 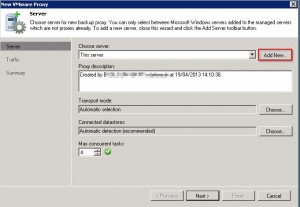 5. Enter the DNS name or IP address  of the proxy server. 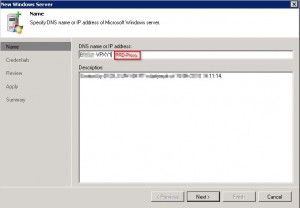 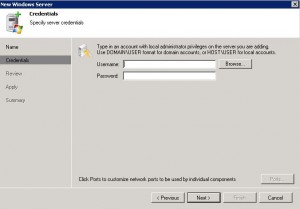 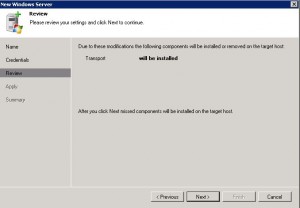 8. Veeam will now install the Veeam Transport onto the destination proxy. click Next when completed. 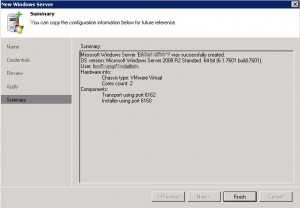 10. As the proxies didn’t have direct access to the storage, the transport mode had to be specified as Network. 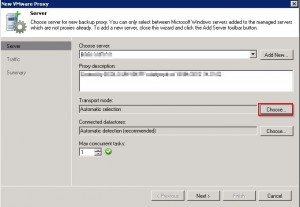 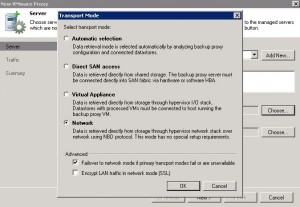 11. Throttling was left unconfigured, but can be set to restrict 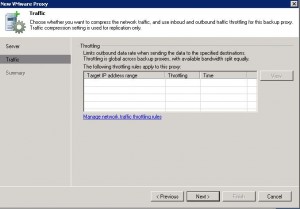 12. Finally click on Finish to complete the proxy installation. 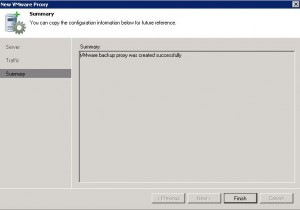 If adding the proxies by DNS name, then it goes without saying that you should ensure the name successfully resolves either through a domain DNS server or local hosts file.

In the final part I’ll go through the setup of the replication job and some errors encountered along the way.