Well the wait is over, Veeam Availability Suite v9 is now GA, with a multitude of new features. 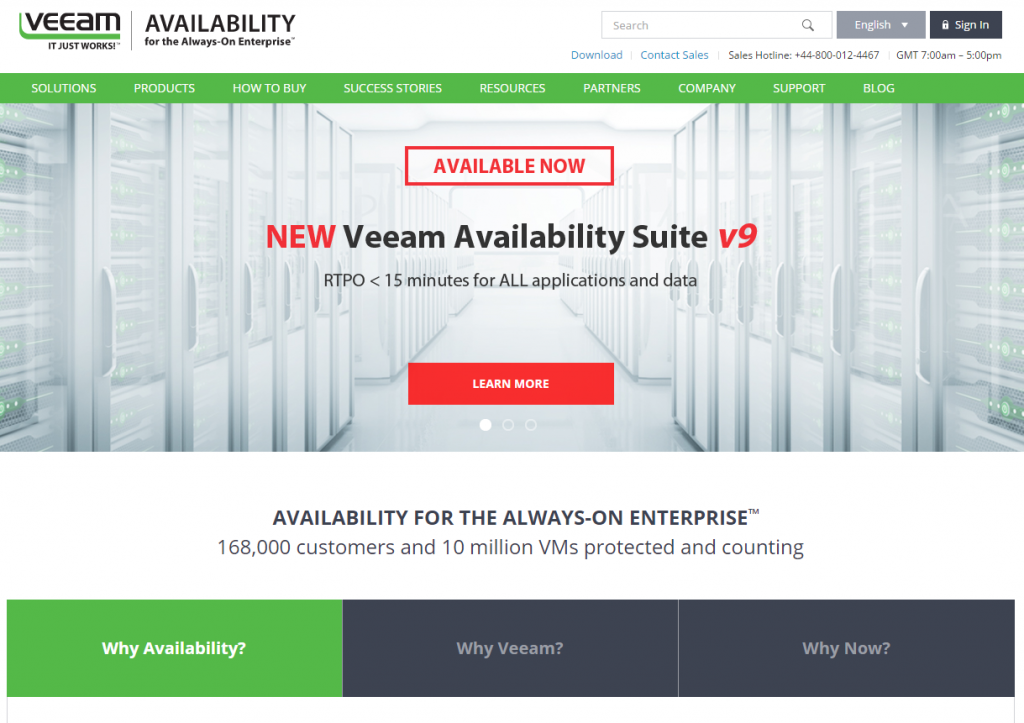 Some of the headline ‘acts’ include: –

What I like to do is delve a bit deeper into the “Veeam V9 What’s New” document , and look for the smaller , just as important features. Given there were 11 pages of the PDF to read, I have decide to cut the list down to my Top 10 (in no particular order)

Engine
• Transform performance improvements. Multiple optimizations have been included in v9 to increase the speed of full backup file transformation (incremental backup file merge and synthetic full creation), by caching a portion of the metadata in memory, as well as removing delays caused by metadata processing. Additionally, with per-VM backup file chains enabled, transform will now be performed on multiple VMs in parallel, if repository task slots will allow – speeding up the transforms always a good thing, should keep the Veeam admins happy
• vPower cache. vPower® engine will now cache recently accessed backup file blocks in RAM, which will help speed up all functionality that relies on Instant VM Recovery – The quicker we can spin up the Instant VM, the better for the clumsy users who deleted their files/VM 🙂

General
• Storage-level corruption guard. Backup files produced by primary backup jobs can now be periodically scanned to identify storage issues, such as a bit rot. Corrupt data blocks are autohealed by retrieving correct data from the production storage, increasing the reliability of forever-incremental backups and removing the need for periodic full backups – Autohealed corrupt data blocks you say , less for the Veeam admins to worry about…WIN!

• Full backup file defragmentation and compaction. Decrease the size and fragmentation of full backup files produced by forever-incremental primary backup jobs by recreating backup files periodically based on the actual data, while moving obsolete data into the dedicated files which can be manually deleted or archived as necessary. This functionality lets you remove the data associated with deleted VMs, virtual disks or applications from full backup file without having to perform an active full backup – Excellent, so when users delete/remove VMs, no need to run an active full to clean up the mess 🙂

Veeam Cloud Connect
• Tenant bandwidth throttling. Added the ability for users to limit the maximum bandwidth consumption by each tenant on the service provider site to help protect all tenants using the same Cloud Gateway from a “noisy neighbor” problem – YAAAAS , one of the features I had hoped would have been in ‘v1’ of Cloud Connect. The dev team at Veeam have obviously been paying attention to customer’s requests.
• VM tags backup and restore. VM tags are now backed up along with all of the other VM properties, and the full VM restore wizard provides a new option to restore them  – Nice being able to backup the tags now, will help when you adopt the Advanced Policy-driven Protection method as suggested by Luca Dell’oca (http://www.virtualtothecore.com/en/using-veeam-and-vmware-vsphere-tags-for-advanced-policy-driven-data-protection/)
Microsoft Hyper-V
• Performance optimizations. Building VM list job stage have been accelerated up to 10x for the initial job run, and up to 25x for the retry job run in large environments. Cluster rescan performance has been improved proportionally to the amount of hosts in the cluster – Nice to see Hyper-V getting some love and attention in the form of  performance optimizations.

• Disk space monitor. To prevent production VMs from stopping due to a volume overfilling with snapshot data, jobs will now detect the lack of free disk space on a VM volume, and fail immediately. The default threshold of 2 GB of free disk space can be changed by creating the BlockSnapshotThreshold (DWORD) registry value under HKLM\SOFTWARE\Veeam\Veeam Backup and Replication key. – Reducing the risk on your production storage is definitely a good thing :0

• Infrastructure cache. To remove the wait time for virtual infrastructure objects to be loaded, the user interface now uses an infrastructure cache in certain places, such as in the Backup Job wizards and in the Virtual Machines tab. The default cache expiration time of 15 minutes can be changed by creating the InfrastructureCacheExpirationSec (DWORD) registry value under HKLM\SOFTWARE\Veeam\Veeam Backup and Replication key – Making Veeam admins job’s easier and easier.

So far the reaction from those early adopters has been a very positive one, with some upgrades and excellent support for those poor souls who encountered problems.